Electronic Sports (or eSports) is a type of sport that involves competitive video games. Today, there is still a lot of debate about whether eSports should be categorized as sports since there are no actual physical movements involved. Although people’s perspectives on eSports may vary, the industry is growing at a crazy rate and it doesn’t look like it’s going down any time soon.

For the past 5 years, there has been a drastic increase in people’s awareness rate on eSports. Starting from 800,000 people in 2015 to 1.28 billion people in 2018, it grew to 1.57 billion in 2019. And due to these ever-rising numbers, the growth in revenue is evident. According to an analysis from Newzoo, the global eSports market will grow 43%, from 463 million USD in 2016 to a staggering 1.1 billion USD in 2019. If eSports revenue grows continuously with its current state, it is anticipated that the total revenue will be doubled within the next three years.

Having mentioned these peaking numbers, eSports has become one of the leading channels for online betting, betters can actually use their sportsbook to place bets on video games. Esports betting is so popular that it has already overtaken golf and rugby in some of the most popular sports betting platforms. It is believed that there is a high potential that eSport betting will also take over the likes of basketball, football, and other popular sports in the future.

Today, there is a multitude of eSport and Casino betting applications to choose from that allow users to participate in betting.

⦁ FIRST-PERSON SHOOTERS (FPS GAMES): These are games wherein gamers have a first-person view while they play. It can be played individually in a free-for-all game mode or as a team. Some examples include: Counter-Strike: Global Offensive (CS: GO), Overwatch, HALO, and Call of Duty (COD)

⦁ MULTIPLAYER ONLINE BATTLE ARENA (MOBA): This is a type of eSports game wherein players team up into two teams to oppose each other in a team-based battle. Two of the most popular MOBA are Defense of the Ancients 2 (DotA2) and League of Legends (LoL).

⦁ SPORTS SIMULATION: These games are basically the video game counterparts of traditional sports. These games recreate physical sports. Some examples are NBA2k and FIFA.

⦁ FIGHTING GAMES: This can be one of the most classic categories of eSports games. Fighting games include all games that are focused on virtual one versus one combat. This category includes Street Fighter, Smash Bros., Mortal Kombat, and the very popular Tekken.

⦁ CASUAL GAMES: This category is centered on games that are usually easy to play and fast-paced. As opposed to the first four categories, casual games don’t require players to be well experienced. This category includes Clash Royale, the follow-up game of the popular game Clash of Clans (CoC) and Blizzard Entertainment’s Hearthstone: Heroes of Warcraft.

The games mentioned here are just a part of the overall listing of eSports games. From a betting perspective, bettors should be focusing more on the big games in order to gain bigger prizes. Here is a list of games that bettors should watch out for:

Note that these numbers are based on recent live reports, interviews, official statements, and different databases.

HOW TO PARTICIPATE IN ESPORTS BETTING FOR BEGINNERS?

For starters, it is important to have an in-depth understanding of what eSports games are all about before dipping one’s hand into the games. There are several factors that require a deep understanding, for example: what are the eSports betting odds, what are bookmakers, and most importantly, the corresponding consequences with the different types of bets.

With the listed top 5 games above. Although these games are at the top of the roster, setbacks are not impossible to occur. This is especially true due to the fact that real money is at stake here. It is essential to 100% understand the gaming arena to make the most money out of eSports betting. On the other hand, for some individuals, eSports betting is mere recreation, and not done “professionally”, then they can overlook this part.

Game choice is vital. Not all bettors are into First-person games and not all bettors are into MOBA. Gaming preference is highly required, it is important to carefully choose the game that suits the bettor best. Also, bear in mind that upon picking the right game, betting moderation is a must. Be mindful of how often bettors should bet per game. It is not necessary to bet on every match, as eSports betting is still gambling with no 100% chance of winning.

Outrights bets are bets that are placed before a game starts. Bettors place their bets on the team of their choice.

An example would be the overall champion of the DotA 2 annual tournament named ‘The International’. This kind of betting can provide bettors with a significant amount of money. Also, outrights betting runs over a longer period of time as the bettor’s pick has to undergo a bracket-type tournament and has to win multiple times.

Be aware though, outcomes will vary within this given timeframe. The bettor’s pick might make mistakes during the match or they may lose one game but come back in the next.

Handicap bets or also known as spread betting is a kind of bet where bookmakers turn a game or tournament to an even money contest with varying odds. When handicapping, bettors can either give or take a slight advantage to the team of their choice over the opposing team in order to even the games. Handicapping is rather simple, it is a matter of choosing which team will give the bettor an advantage or disadvantage.

Handicap betting is a very profitable form of betting as the amount of money that a bettor can win is determined by how high the advantage given to the winning team is. But bettors should always keep in mind that when handicapping, it is important to know both of the opposing teams, as this also helps bettors to determine which side they should give advantage to.

Betting on totals is a type of betting where bettors place their bets on a specific stat of a particular game. This stat includes:

Betting on totals can be also called an ‘over-under bet’ or O/U. O/U allows bettors to decide whether the stat will go over or under a specific amount.

Take a look at this example:

For a DotA 2 match, the total betting option showed 30.5 kills. Winners will be determined depending on the total number of kills from both of the opposing teams. If it is over 31 kills or more, the bettor wins. If it 30 kills or less, the bettor loses.

Although eSports is still in the process of improvement and growth, eSport betting has already generated millions of revenue in a very short period of time. Players don’t have to leave the comfort of their homes to watch and place their wagers as there are several streaming sites that cover eSports such as TwitchTV, Youtube, Dailymotion, and many others. This only proves that — at some point — eSports betting will be the future of the online gambling sphere.

1 thought on “E-sports and E-sports Betting: A Definitive Walkthrough” 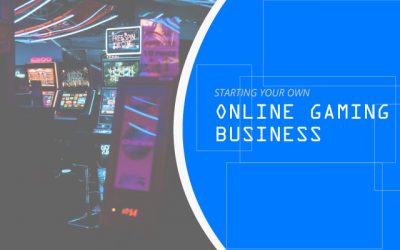